David Bohn will perform and post 2020 (solo clavietta) as part of his "Twenty Seconds of 2020" YouTube series.

Fuse Quartet will perform Flutter (SATB sax quartet) on a program of exciting works for combinations of saxophones.

If you'd like to hear what else I've been working on, check out my Works page!

And like coins (2016) 3'
Tenor and piano
Text: graffiti from Point CounterPoint (Leicester, VT)
Premiered in Hatch Recital Hall at the Eastman School of Music, September 2018

Chickens R Us (2018) flexible duration
Live video improvisation and two loudspeakers
Premiered by the Eastman Audio Research Studio at the Eastman School of Music, May 2018

My Bonnie Lass (2015) until required to remove
Visual installation for hundreds of Elizabethans CDs
Installed on the academic-building-facing wall of Lehman Hall at Williams College, May 2015 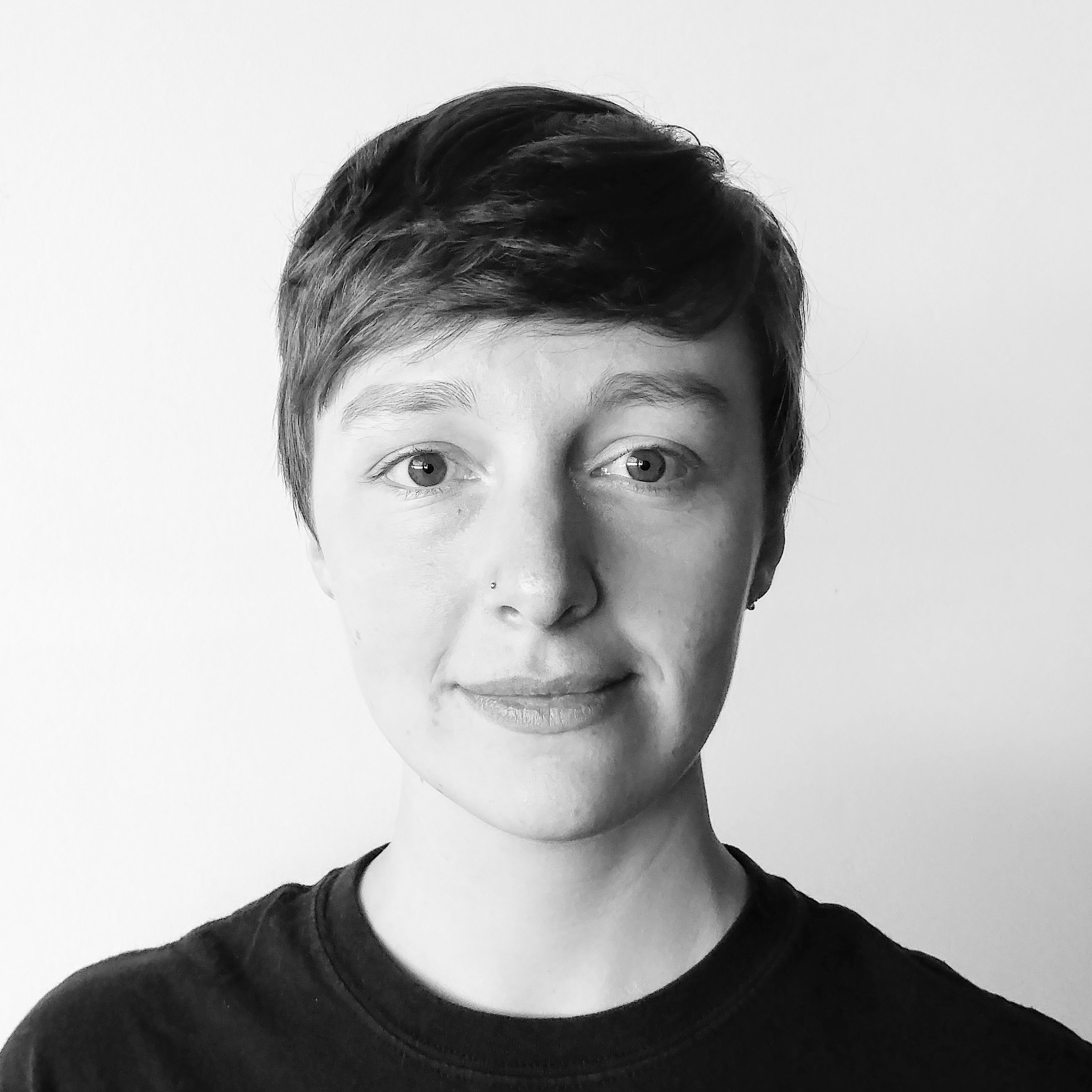 Originally from Astoria, Oregon, Jasmine Thomasian (they/them) is a Chicago-based composer passionate about sound, identity formation, and the interpersonal dynamics of Western art music. Jasmine cracks open sounds to examine and transform them. They set up relationships that performers navigate throught (and as) a piece. They incorporate everyday objects and experiences into their concert music. Jasmine's artistic output spans a range of musical aesthetics, with each piece forming around a core question or concept. From unusual instruments to unique topics, Jasmine enjoys taking on projects that challenge them to think and create in new ways.

This is especially true when projects involve collaboration, with musicians or other artists. Current and recent collaborators include:

Jasmine has been commissioned by the American Guild of Organists, OSSIA New Music, and Kate Amrine. Their music has been performed on Chicago Fringe Opera's "Sounds of Pride" and in David Bohn's "Twenty Seconds of 2020" series, as well as at New Music on the Point (2016), Atlantic Music Festival (2016), and I/O Fest (2013, 2015, 2016, 2017). Jasmine has been premiered by the Williams College Concert Choir, Student Symphony, and Baccalaureate Choir, and by malai ensemble. They have had readings by Spektral Quartet (2021) and Larchmere Quartet (2015). Jasmine's first sound installation premiered in Williams College’s Bernhard Music Center in 2014; their second installation was part of I/O Fest in 2016.

In addition to their work as a composer, Jasmine is an experienced arts administrator. Jasmine is currently Board Operations Manager for Thompson Street Opera Company, a Chicago-based organization that exclusively performs works by living composers. Jasmine has also been a chair of the Student Composers Committee (Northwestern University); co-director of the Graduate Composers Sinfonietta (Eastman School of Music); co-producer of “Music Matters,” a new-music radio show on WAYO FM (Rochester, NY); founder and director of malai ensemble (Williams College); and co-director of the Williams College Student Symphony.

When they're not composing or arts-administrating, Jasmine enjoys cooking, reading, plant parenting, playing D&D, and cuddling with their Yorkie mix, Maddy.

If you'd like to see a score, collaborate on a project, check out my CV, or even just say hi, send me a message!